You know when you’re watching a film or television programme, and you can see disaster is about to strike? On Casualty, when a random new character starts innocently cooking an omelette, or someone is travelling in a car merrily chatting away with their companion. You know something terrible is looming and you half want to look away, or wrinkle your face in anticipation. You just know the omelette is going to catch fire and they’ll probably douse it in water instead of a tea towel, causing serious burns. You know the car is going to career off the road and terrible injuries will result.

I feel a bit like that at the moment when it comes to employee relations issues, and employment disputes. Three weeks ago, everything felt like it was ticking along pretty much as normal. There was a virus happening in the world but it was Somewhere Else. Not here, nothing to do with us. And then it all happened. It felt so quick – still does.

Suddenly life for everyone was changing, and the employment landscape along with it. New initiatives have been introduced at breakneck speed, and that, combined with what’s actually happening in the broader context is, I think, going to cause huge problems for employers within a fairly short period of time.

In employment law there are any number of areas of different legislation that seem to ‘collide’ with each other, and when that happens, usually case law ‘sorts it out’ and establishes what we need to do. However, by and large, when people are coming up with new legislation, they obviously do consider the broader picture. Different scenarios that might come into play are considered, interactions with other laws factored in, and the wording of the new legislation carefully drafted to reduce disputes or confusion.

But we have this concept of furlough now, which has not (so far at least) been covered by any new regulations at all (this remains incredible to me, given the amount of money being spent). People are being sent away from work and are receiving less than normal pay, based on announcements by the Chancellor, and brief guidance documents, that have changed several times, and in places have conflicted with each other.

Many different scenarios have simply not been considered at all, and knowledge of existing laws means that employment law professionals are realising that when considering what should happen in a scenario, option 1 doesn’t make sense because ABC, but option 2 doesn’t make sense either because XYZ. We have situations where people who probably ought to be covered seem not to be, and people who really shouldn’t be covered seem to be, and no mechanism for dealing with these contradictions.

We have employers making decisions in a hurry, and the strange situation where in one workplace they might have a queue of employees wanting to be furloughed, and aggrieved if they are not, while in another workplace people are aggrieved because they didn’t want to be furloughed and would rather be at work.

There no legal claims someone can make specifically about furlough at the moment, because it’s not employment law at all, it’s simply grants to an employer from HMRC. But the administration of furlough will absolutely turn out to be governed by employment law, by default. And because there is no employment legislation about furlough, a variety of other pieces of legislation and potentially relevant claims will come into play. Discrimination. Less favourable treatment as a result of being on a fixed term contract or part time status. Detriment for raising a health and safety concern. Unlawful deductions from wages. Breach of contract. Holiday pay claims. Whistleblowing (potential for fraudulent claims for furlough funding by employers is huge, therefore there will be whistleblowing about that). Unfair dismissal (constructive or otherwise).

The issues of continuous service and employment rights for those who have been rehired in order to be furloughed will arise, and whether a dismissal on the grounds that they’d left once already is fair. Is a decision not to rehire someone who has left so they can be furloughed a fair one? It has been made clear this is optional but that doesn’t mean that deciding not to do it is free of legal vulnerability.

There are many, many grievances and disputes on our horizon regarding decisions made and actions taken in regards to furlough, about that I have no doubt.

Over the last couple of weeks, to start with there was a general sense of everyone pulling together. Clients were reporting that when they were talking to staff about how the health crisis was affecting their small business, employees understood, and were helpful and keen to ‘do their bit’ to save the business. There was a lot of goodwill.

Within a couple of weeks, I’ve started to see that goodwill disappear. Employees are naturally worried about their future, and their families, and their employer’s problems are not their priority, quite reasonably. Worry and stress about the wider situation and about the personal impact of pay cuts, increased workload or other issues has started to bite, and is creating a very challenging atmosphere.

Then as employers start to reintroduce furloughed employees back into the workplace, and recover from the crisis, there will be additional challenges. Not all of the furloughed staff may be needed, therefore there will be redundancies. The nature of work and how it is organised may have changed, causing ‘re-entry’ problems. Performance, attendance and conduct issues that were abandoned in the face of a wider crisis won’t have gone away and will need dealing with.

The time bomb is ticking, and in the context of the general ‘panic stations’, it’s vital that HR professionals try their best to see the wider/longer picture, and do what they can both now and over the coming months to prevent these issues affecting the employers they work with.

If you are or were considering self-employment as an HR consultant before this all started, do get in touch. 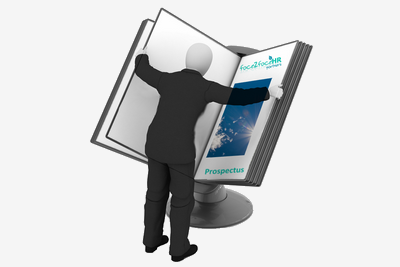 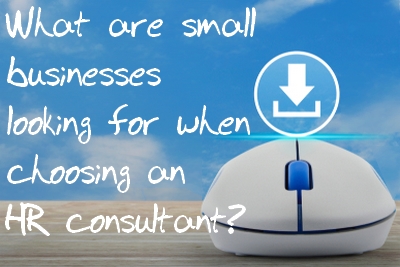