Refusal to work under health and safety grounds – what’s the risk and how should it be addressed? 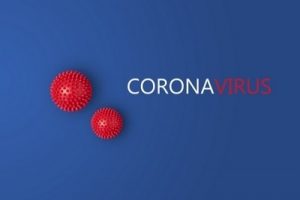 Under Section 44 of the Employment Rights Act 1996, an employee cannot suffer a detriment if they refuse to attend work, or leave the workplace, in the event they reasonably believe there is a serious and imminent danger to them. Section 100 of the Act makes similar provision protecting employees in the same situation from dismissal.

Whilst this protection is clearly very important, it’s not something we see coming up all that often. Which is good, but does have the unfortunate side effects of there being scant case law on the subject, and of most HR professionals not having dealt with it before.

Ordinarily you’d be most likely to see this particular protection arise in workplace environments such as building sites or other environments with heavy equipment, manual work, perhaps dangerous chemicals or similar. Those types of environments are usually ones where health and safety is prioritised, and any lapse which may trigger someone refusing work under Section 44 fairly easily and quickly remedied, meaning the absence from work is brief.

But we now find ourselves with Section 44 suddenly being relevant to all types of workplaces, including the kind of office environment where a risk assessment might ordinarily involve checking that someone’s chair can be adjusted, or that the fire escape works.

And Section 44 is now relevant to a health and safety issue that is not easily remedied with new equipment or a change in procedure, is outside an employer’s control, and could continue for a significant period.

Legislation is normally drafted with a good understanding of the environment and circumstances in which that legislation will be explored and utilised. It may well be that if the Employment Rights Act had been drafted in full anticipation of the kind of global event that we are facing now, it would have been worded differently.

However, we have to operate with the legislation as we currently have it. So, what does the provision actually mean for the average employer in the context of the COVID-19 pandemic?

Could COVID-19 be reasonably considered to represent serious and imminent danger?

It could well be that in a workplace where the employee perceives there to be a high risk of contracting the disease it would be reasonable of them to class this as a serious and imminent danger. It will depend on both internal and external factors – if the levels of disease in the country or indeed the local area have reduced, making the overall risk lower, it becomes less likely, and if the employer hasn’t taken steps to ensure social distancing and other Government-recommended measures are implemented, clearly that is more likely to fall into the category.

Similarly, if the Government has defined a workplace that follows a number of recommended measures as being adequately safe, can an employee credibly argue differently?

The test is an individual one, which means the employee’s own personal belief, knowledge and circumstances are relevant. The employee doesn’t need to prove that the danger is real, only to demonstrate that they genuinely believed they would be in danger, and that their belief was, in the circumstances, reasonable.

If they are in a vulnerable category, and/or they are unaware of protections put in place, they could well be reasonable to claim Section 44 applies, whereas if they were generally healthy, at low risk personally, and had been given full details of extensive health and safety measures, they would be less reasonable to claim protection.

What could be considered a detriment?

Section 44 protects an employee from a detriment in the above circumstances, but what counts as a detriment?

Because there is a distinct lack of case law in this area, we have to look at other areas of law for a guide on how a tribunal may interpret a detriment. Certainly, disciplinary action short of dismissal would be a detriment. Other actions likely to be considered detrimental may include suspension, any kind of bullying or harassment, demotion, relocation or redeployment, or failure to address the concerns.

But what about withholding pay? This has been the subject of some debate in the employment law community, partly on the basis of an argument that the reason the employee in these circumstances would not be paid would be because they are not ready and willing to work, rather than because they believed there was serious and imminent danger.

However surely the most obvious and immediate form of detriment for not attending work is to lose pay, and if the reason for non-attendance is due to a reasonable belief that the employee is in serious and imminent danger, I would suggest that there is a high risk that a tribunal would consider this detrimental, and would consider that the belief covered under Section 44 was the reason for that detriment.  If one could simply dock the pay of someone refusing to work because they believe they are in danger, doesn’t that make the protection pretty toothless? We will of course find out what a tribunal thinks in the coming months.

What should employers actually do?

Obviously, the ideal scenario is to prevent a situation where anyone is refusing to work. Following Government guidelines carefully, particularly sector-specific ones, will be a key part of this, and just as important will be communicating the measures you have taken effectively, so that no employee can argue ignorance of the steps being taken to protect them.

Ensure that employees have ample opportunity to raise any concerns they may have, and encourage them to be as specific as possible in order that you can address them carefully, and demonstrate that you have done so.

If anyone is worried, explore their reasons with them, and make sure you apprise yourself fully of any personal circumstances that may be relevant, such as health concerns or similar. Inviting them to visit the workplace to see the measures put in place, or sending them photographs might be sensible. The more information they have, the less likely there is to be a problem, and the more easily you would be able to defend your position in the event of a dispute.

If they have real concerns and you can keep them working at home, it would be sensible to do so. Alternatives could be exploring adjusted duties, depending on what the concerns actually are.

If the employee is either unable or unwilling to articulate justifiable concerns, and you are certain you have done everything reasonable and necessary to protect them and have communicated that fully, you will need to consider what to do, in the event they still refuse to attend work.

You could consider disciplinary action on the grounds of failure to follow a reasonable management instruction. That does seem slightly aggressive, but may be appropriate in the circumstances.

Simply notifying the individual that they may remain at home but that this will be unpaid leave and that the situation will be reviewed in a defined period of time is another option. Although this could well be considered a detriment, as above, it might be less aggressive than disciplinary action and less likely to result in a dispute.

It may also be commercially and pragmatically worth the risk as of course there is a very real chance that if colleagues get wind of the fact that someone has raised health and safety concerns, refused to work and has been sent home on full pay, that option may suddenly become attractive to whole sections of the workforce, making the situation impossible to manage. Lack of pay can be a very useful driver of desired behaviour, and is obviously less time-consuming and difficult than multiple disciplinaries would be.

There is undoubtedly a very real risk here, and it is clear that case law will be following. But it may realistically be years until we have definitive answers on some of the questions being thrown up in the circumstances, and of course no one wants to be a piece of case law.

So, reduce the risk of getting embroiled in a dispute by scrupulously following government guidelines, communicating that exceptionally well, listening to employees’ concerns and addressing them.