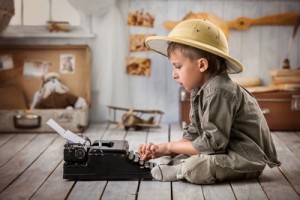 One of the things our franchise partners find themselves doing most frequently is drafting letters on behalf of clients, usually for their clients to send to employees. Some of these are very straightforward – confirming a pay rise or something. But some can be more involved or more difficult, or may be letters written in the midst of a dispute or potential dispute, and how the words are crafted can make a difference.

Whether it seems straightforward or is a more challenging letter, here are our top tips for drafting effective client letters.

1.  Be clear on the objective for the letter

It’s not always obvious, or frequently there is a secondary objective. A good example would be communicating the outcome of a grievance. You need to tell the employee that (for example) their grievance has not been upheld, but you probably also want to dissuade them from appealing. So as well as telling them their grievance hasn’t been upheld, you will also want to explain the reasons for this clearly, emphasise that the grievance has been investigated fully, and make sure it is clear that everything they said has been taken into account.

Similarly, for a disciplinary letter, you don’t simply want to communicate the warning being issued. You want to reduce the likelihood of similar conduct/performance issues in future, which you will do by being clear on what expected behaviour/performance looks like, by setting a review period and being clear on the possible consequences of failure to improve.

This is particularly important in correspondence sent during or in anticipation of a dispute. You are not just writing letters for/to the employee. You should also write letters assuming they will be read by (for example) the employee’s partner, their mum, their union rep, their mate who is an HR manager, their solicitor, and even ultimately possibly a tribunal judge. So write the letter assuming people with no knowledge of the circumstances, no background information and without knowing the employer’s ‘side’ of the story are reading it. What information do you want them to read in this letter?

Your client is probably behaving perfectly reasonably, however is that clear in the letter to someone who is not involved? Behaving reasonably is one thing, but demonstrating that in written correspondence is vital, to avoid a ‘he said she said’ situation.

Demonstrating reasonable behaviour in written correspondence can also avoid escalating a dispute in the first place if the employee seeks external advice on their situation. They will naturally give their side of the story to anyone they speak to, but if the correspondence from their employer demonstrates reasonable behaviour, the employee may be advised that a claim isn’t the best way forward.

3.  Are you communicating the information you need to?

Read the letter through and think about what questions the employee receiving it will have. You are doing a good job for your client if these questions are anticipated and addressed in the letter, rather than the employee coming to them asking for more detail.

We’re all busy people and of course letters written by HR people should always be mistake-free, clear and easy to understand and grammatically accurate. But I think this is doubly important for HR consultants who charge by the hour or similar for their services rather than working in-house on a salary. Your client is paying you well for your work product so don’t devalue it.

Proof read it for spelling and grammar mistakes, make sure use of tenses and things like ‘the company/name of company’ ‘it/we/I’ and so on are absolutely consistent throughout, and make sure the message itself is actually clear. Is there unnecessary waffle? Is there repetition? Might it be clearer to put some things in bullet points or under headings for clarity?

5.  Get the final version

You will usually send letters to client in draft format. They will need to add details, such as names/addresses but also perhaps things like holiday accrued, salary information or other items. It is always sensible where you can to get copies of the final versions sent out to employees.

It is certainly not unheard of for there to be a need at a later date to check a letter that was sent and a draft version with details missing will not be much help. In circumstances where there might potentially be a dispute or issue, having a copy of what was actually sent might be invaluable.

If you’d like to find out more about providing support to businesses as a franchise partner with face2faceHR, do get in touch.