How self-employment is a life-saver in December! 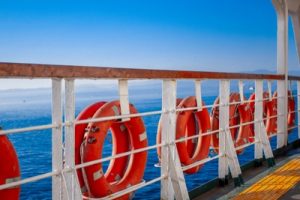 It’s been an extremely hectic start to the year what with launching our two newest consultants last week as well as talking to potential franchisees, and dealing with any queries/problems from current franchise partners.  I’ve also found some time for making plans for 2020 which I’m feeling excited and positive about.

I have also been reflecting on the month I had in December. And actually, now I think about it, it was ridiculous. I was reasonably busy with work, but actually where December goes bonkers for me is everything else.

I have two school-aged children, and as well as Christmas preparations generally, which are time-consuming enough as it is, the month is a whirlwind of concerts, rehearsals, plays and various other events. And I’ve been thinking how much harder it would be if I were still employed in a ‘normal’ HR role for a company.

I was able to go to all the various rehearsals and concerts and was also able to work at home for large parts of December to be in for the numerous deliveries we had that month, as many people do, thus saving myself umpteen trips to the Post office or various parcel pick-up points! And in addition to all that, I was not at the mercy of a holiday rota as to whether I’d have to work Christmas eve/in between Christmas and New Year. Instead I was off most of the two week period, just checking emails and doing a bit of work to ensure I didn’t get behind.

I take it massively for granted now, as I’ve been working for myself for 11+ years, but the ability to arrange my diary around all the extra commitments there are at Christmas time is absolutely invaluable, and it does me no harm at all to remind myself of that, and be thankful for the way self-employment makes the rest of my life so much more doable!

If you’d like to talk to me about self-employment as an HR consultant and how you can arrange it to suit your lifestyle as I have mine, do get in touch.